Today KDE team has announced the release of KDE plasma 5.9.And it's not like those conventional release, having few bug fixes and improvement here and there,KDE has some nice list of changes and features for their users.
Without wasting more time let's get the list of changes and what's new in here?So,
What's new in KDE Plasma 5.9?
Interactive Notification Previews:
To bring more productivity out of this Plasma version,Here is something real useful feature which allows us to do things with the notifications.Yup! Alike other Desktop Environments, which are now working on notifications of the actions but they are just few lines of information about the task/action taken, KDE Plasma's this feature gives a lift by giving real time interactions with notifications and one can do various actions with their notifications. 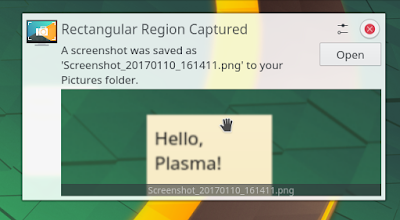 For instance, A notification of screenshot allows to drag and drop the taken screeshot directly in any mail(Even Webmail), chat window etc.

Bringing improvements to the look and visuals, now desktop and applications have nice scroll bars in breeze style.
Global Menus: Yes, Global Menu is back, with all the release features, Global menu is a welcome re-addition.This does nothing but separates the menu bar from application menu and gives a option to either get it on a plasma widget showing the menu or tucked away in the menu bar. 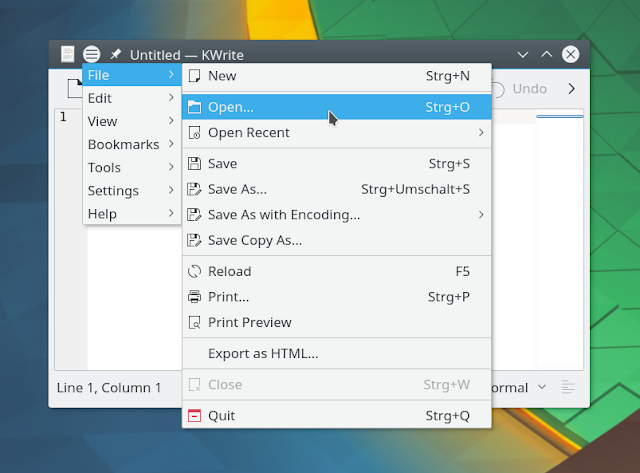 So these are some exciting features and change in the release of KDE Plasma 5.9.