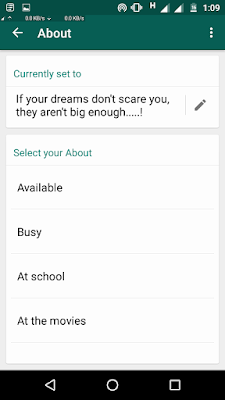 Recently WhatsApp came with a new Status feature which allows users to post Pictures, Videos, and GIFs as their WhatsApp Status with a caption(if needed).But Many of us felt at the very first sight, Text Status is a real missing feature in the new update.Though some appreciated it or were okay with it.

The Text Status Feature is Now Called 'About'
For me it was good but as I gave a FeedBack to WhatsApp team to let the end-user decide what to be as their WhatsApp Status, A Text or A media File.Well, WhatsApp understood the need of the users and finally they have rolled a beta version having the Text Status back.But this time we have it with a new name called 'About'.Well, It is not a status option, but a by default available feature to all users and the media status is still there with same set of functions as it was earlier.

The New Look
So not only the Text Status is back with a new name in this beta update but also a new updated look of WhatsApp is here. 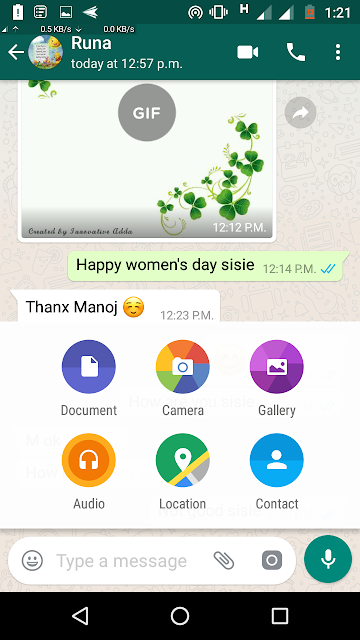 Get This Beta Update Now
For now this update is available for beta-testers only.For normal users it may take little more time to get this feature.
If you are a beta-tester then head over to Play Store and make a quick update of your WhatsApp Messenger.