Finally! Facebook started testing end-to-end encryption on their messenger messaging app.As most of the other messaging apps were already rolling out this feature,now Facebook messenger won't be back in this list.Facebook is calling it Secret Conversation,which will be one-to-one conversation.Yes,you get it right,it won't be available for all contacts by default,instead you can start secret conversation with the contacts you want to. 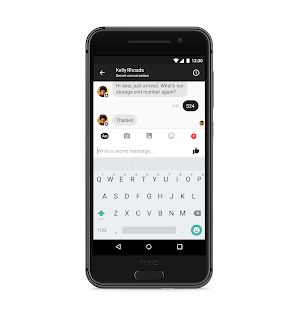 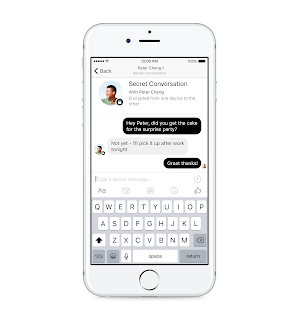 Though,it's quite better and useful as many users would like their conversation(s),accessible from different devices when they switch among PCs,Mobile phones or tablets.On Addition to end-to-end encryption,there's one more feature providing extra security layer i.e. you can set a timer for messages you sent,So that messages will be visible till set time.Currently,Video and GIF files are unsupported,additional to that making payments through messenger is also not added for now.You can see in the screen shot below,How a secret conversation works(If it's not visible clearly,please click on the image to full-view the image)


For now,Facebook is rolling Messenger with Secret Conversation for limited users to test this feature,they will be releasing it widely for other users later on this summer.
Though,If you have used Telegram messaging app then you might have already used similar features like one-to-one secret chat and self-destruct timer for messages.Let's see how Facebook Messenger will differentiate itself from other messaging apps by adding interesting things.We're also waiting to test these features,if you are lucky then you may get the chance to test it :)
Author: Manoj Shaw on 7/09/2016 09:23:00 am