It has not even been flipped 10 days on our calendar and the blackArch team is ready with the next update release.Just after the release on 20th of December, BlackArch 2016.12.20, here is next BlackArch 2016.12.29.
If you aren't aware of BlackArch then you have missed a powerful alternative for Kali, Parrot Security OS, etc., but the thing that might be a game-changing step is, It is based on Arch Linux as the name BlackArch suggests itself. 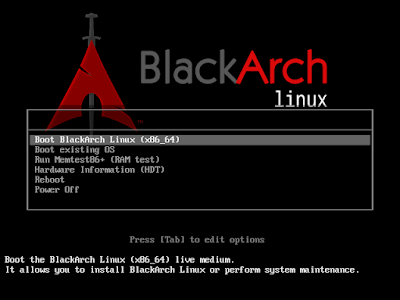 What's New in BlackArch 2016.12.29?
Linux Kernel 4.8.13 has been included.A new installer with the version number 0.3.1 is included in this release and of course, all the packages are updated.In the last release, they included hundreds of new tools and many updated packages too.
Download the latest BlackArch release from here
Author: Manoj Shaw on 12/30/2016 09:39:00 am